Following from the triumph of the 1st VIII in their bronze at BUCS Regatta, it was the obvious choice to take that crew as the first boat into the campaign for Henley Royal Regatta. While some seats were contested, the lineup remained unchanged going forward, with the second boat being a full second eight and Marcus Smith & Arun Jackson coming in after racing in the lightweight inter single and inter single at BUCS respectively. This resulted in the final crews going to Henley being:

Even before exams were over, the crews faced their first test at the Metropolitan regatta. The 2nd VIII was first up, after a very early alarm, in the academic eights, and progressed into the final, finishing just off the crews from Bath and Exeter. The 1st VIII had a tougher deal in the Championship event. With only two crews progressing to the final, it was a hard fought affair, but the crew came up just short, finishing 3rd and just over a second behind Eton. 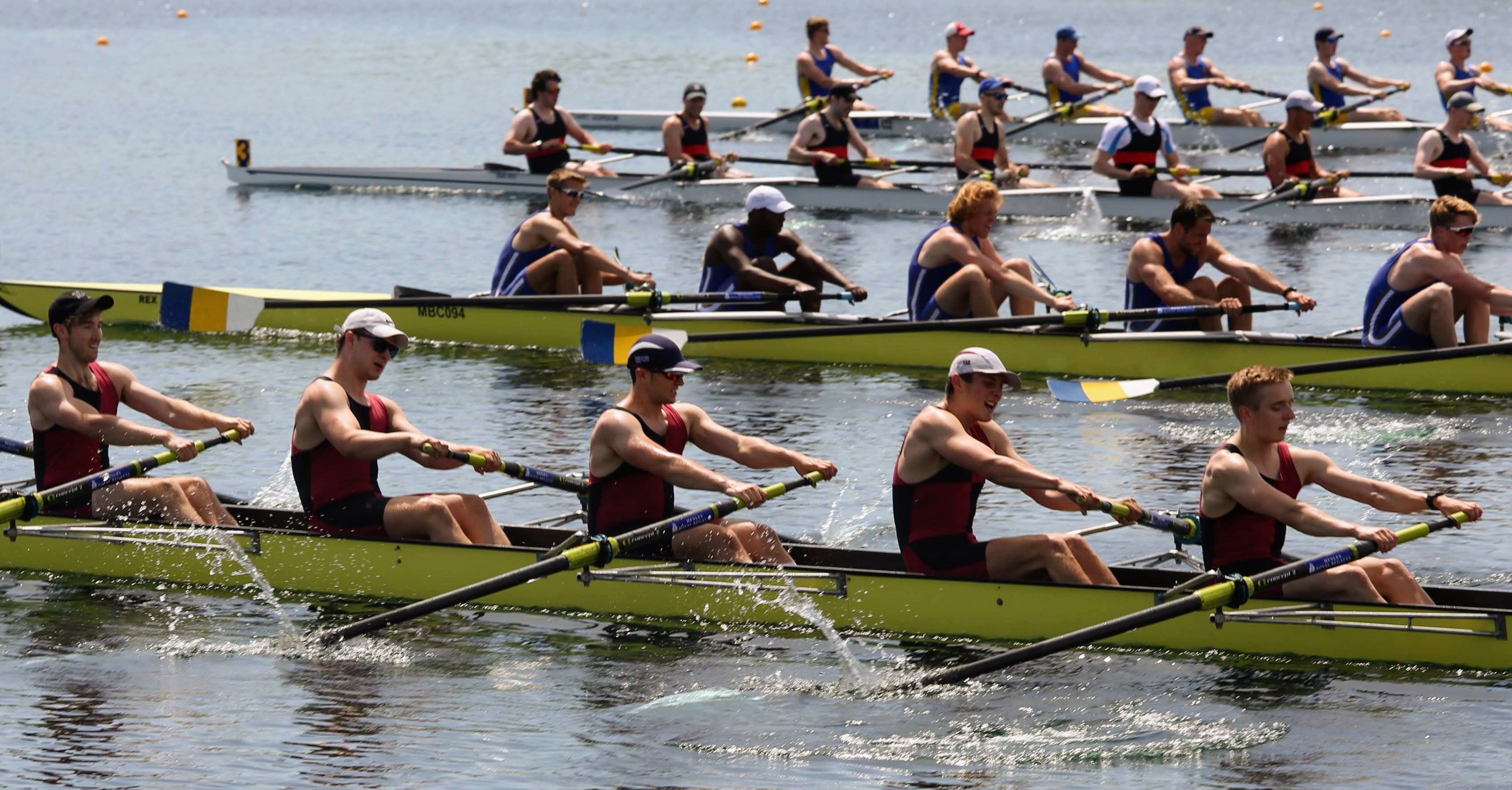 Halfway through the final for 2nd VIII at Met. (Photo by Nick Jackson)

From one race weekend, it was straight into another, and another and another as the campaign progressed, as the Varsity Boat Race was next on the schedule for the men. In spite of some clashes and drama, both crews came out victorious over UWE, and carried that momentum through a tough week of training up to Reading Regatta. The 2nd VIII put in a gutsy row but lost against a classy King’s Cup crew from the UK Armed Forces, while the 1st VIII lost against BUCS Regatta champions Oxford Brookes.

With Marlow Regatta hot on the heels of Reading, both crews knuckled down to be at full speed in their last chance to prequalify. In the University/College eights, the 2nd VIII came up against tough opposition, but finished an impressive 9th overall, just behind Imperial and Nottingham and beating out both domestic and international crews. The 1st VIII made it into the A Final of the tier 2 open eights, racing against multiple school and university crews in the final to finish 6th overall.

Having stepped on massively over the course of the month, the 2nd VIII was hungry to make an impression down the track. They emptied the tank as the raced down the track in what they described as their best race yet. While it was an impressive row, they ultimately didn’t make it through the highly competitive field, leaving just the 1st VIII left in the Temple. 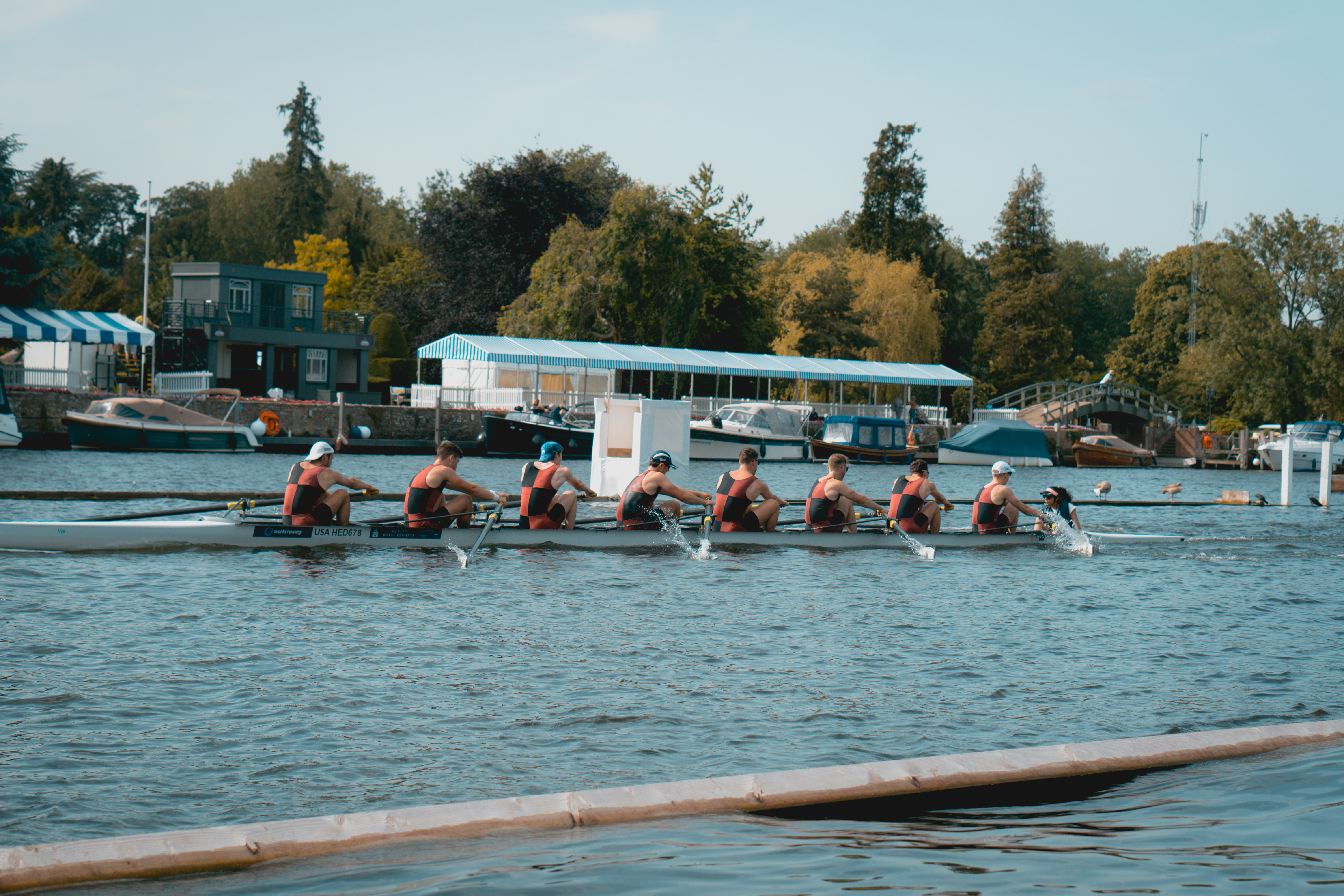 In spite of the multiple stream crashes, the whole club tuned into the AllMarkOne live stream of the draw to see who the 1st VIII would face on the Wednesday of Henley. As the hearts thumped, Bristol’s name was drawn next to the University of Surrey Boat Club, and so the stage was set.

Bristol lined up against Surrey feeling calm, but confident, as Surrey took it to them out of the start, leading Bristol by a canvas at the barrier and almost level at Fawley. However it was in the second half of the race where Bristol started to walk through Surrey, pulling out to a three quarter length lead by the finish line. For the second year running, this marked the top boat from Bristol progressing through a round at Henley Royal, a fantastic achievement from this crew, and after some brief celebration with the rest of the club, they returned to base to recover for Thursday.

Unfortunately, the draw for Thursday was less kind than it had been for Wednesday, pitting Bristol against the might, and weight, of Harvard University. In spite of having a weight disadvantage of over 2 stone a man, Bristol still took it to Harvard, but were out-powered and lost by 2¼ lengths.

A respectable margin against one of the favourites for the Temple, and a fine way to end what has been a highly successful season for the senior men’s squad. 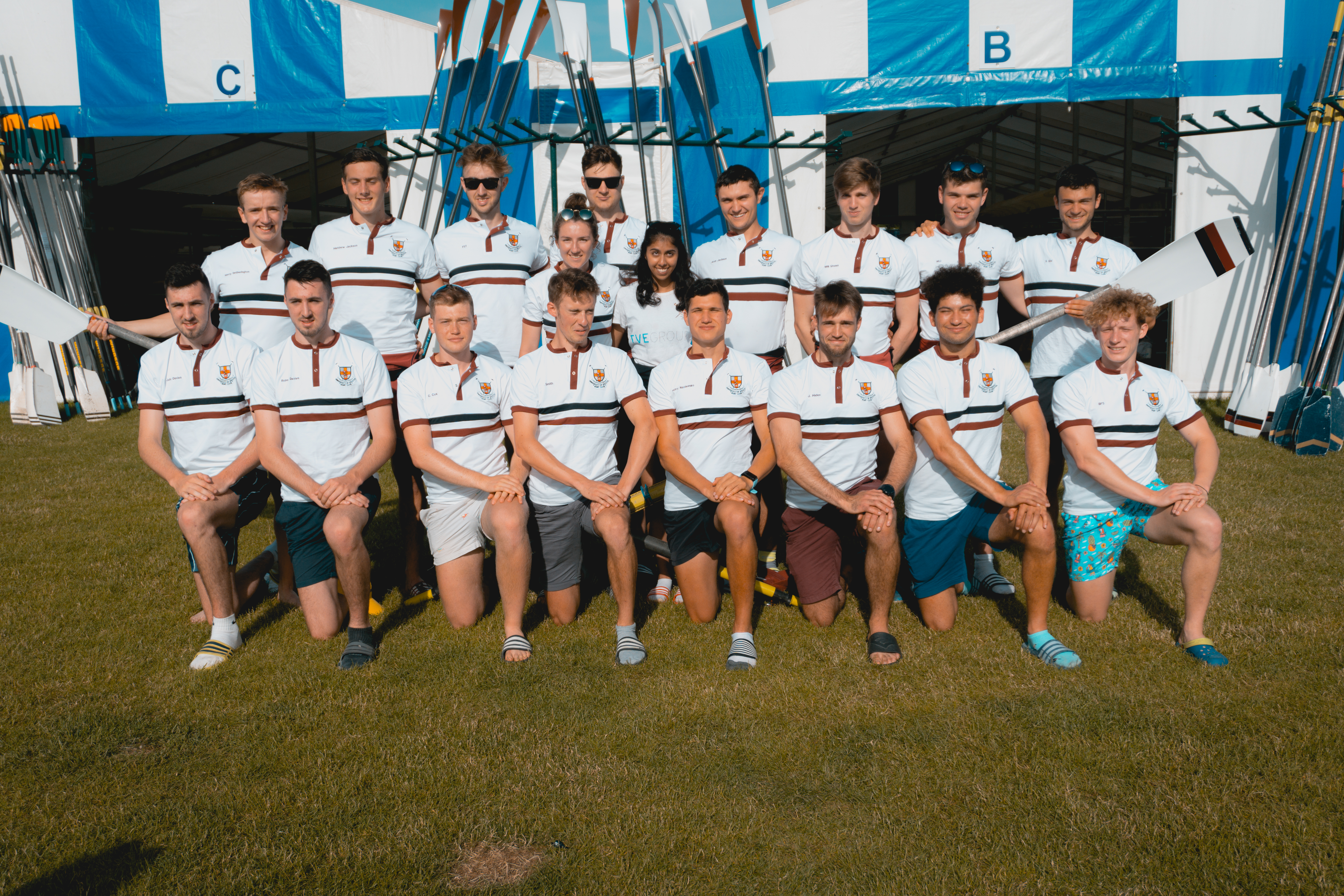