Even before the event itself had begun, the 2019 Varsity Boat Race was already causing heads to be scratched. Due to high winds forecasted for the day of the event and similar conditions on the day before, the decision was made that the event would not be taking place on the habourside. However thanks to very rapid reorganisation from Tommy Nicholson (Club Captain) and Elias Kassel Raymond (Events Officer) the event was organised to be running on our home stretch at Saltford instead, once again over the same sprint-oriented distance of 350m.

Initially there was some doubt over whether the Best of the West competition would be taking place, however the event went ahead in the morning session, with the women’s event being contested by the University of Bristol 2nd VIII and Nonesuch and Coldharbour Crews. Bristol put in a dominant display to beat both UWE’s and our own Alumni to be crowned the Best of the West for the second year in a row. Shortly afterwards, it was the turn of the men’s morning races: the Alumni men’s race and the Best of the West, contested between the Bristol and UWE 2nd VIIIs, both events contested in a best of three format. The Nonesuch men arrived with a star-studded crew, including U23 trallists Joe Harper and Harry Stroud, and made short work of the Coldharbour crew in the first two races. There was equal success for the Bristol 2nd VIII, who were hungry for revenge after losing the final to UWE in the previous year’s event, as they made short work of UWE and won the best of 3 in the first two races.

After a short break, it was the time for the first of the blade races, the first of which were for the novice men and women. Having displayed a clear advantage at the weigh in, the Bristol novice men arrived at the start line looking large and confident in their abilities. It showed, as the novice men took the wins from UWE in the first two races and with it, the varsity blade for novice men. The women had been equally imperious at the weigh in and produced a similarly impressive result to also win the blade in only two rounds out of the possible three.

While the novices arrived with a weight advantage in the bag already, the same could not be said for the senior men’s and women’s 1st VIIIs. Both crews had averaged lighter than UWE at the weigh in, with the entirety of the men’s VIII weighing in lighter than their opposite numbers in UWE. That didn’t stop the women from taking two wins in the first two rounds and putting in another dominant display to win the women’s varsity boat race. The men however had a slightly more bumpy ride, with the first race, and clash, going to Bristol, but the second race going to UWE, therefore prompting the first, and only, tiebreaker race of the day. Bristol came through however, in a highly controversial final which saw the crews coming together, to take the win and the men’s blade. This last blade race victory made it a clean sweep for Bristol, the first time in nearly 20 years that this had happened. 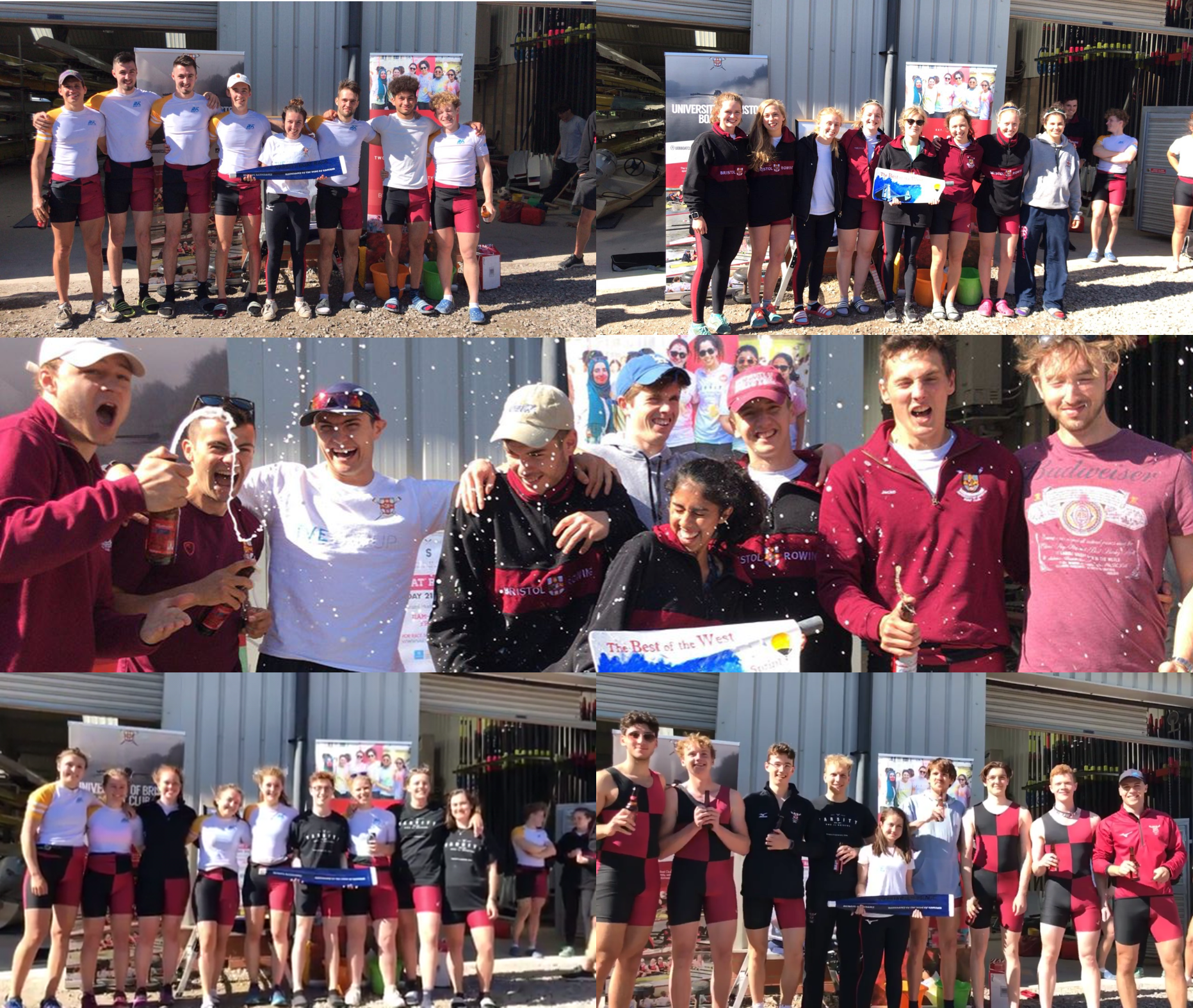